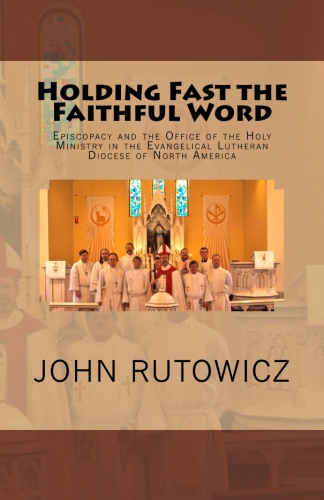 “Therefore the bishop has the power of the order, i.e., the ministry of Word and sacraments; he also has the power of jurisdiction, i.e., the authority to excommunicate those guilty of open crimes, and again to absolve them if they are converted and seek absolution.” (Apology XXVIII) In June 2006, the Evangelical Lutheran Diocese of North America (ELDoNA) was organized by a group of confessional Lutheran pastors serving independent congregations who were alarmed by the lack of faithful doctrine and practice manifest in the existing synods in North America. The founding pastors of the diocese recognized that a lack of pastoral oversight was one of the most significant factors contributing to the decline of Lutheran doctrine and practice. Therefore, the diocese was organized with an episcopal polity, with a bishop who would be responsible for exercising pastoral oversight among the pastors of the diocese, just as the pastors themselves were responsible for the oversight of their respective parishes. Pastor Rutowicz was among the founding pastors of the diocese. This volume contains three of his essays which helped shape the diocese’s understanding of the episcopal office, as that office is set forth in the Book of Concord and historic Lutheran practice. This volume also contains the ELDoNA Charter, the Niles and Malone Theses, and the diocesan Rite of Consecration. Pastor Rutowicz serves at St. Boniface Lutheran Church in Niles, Michigan.