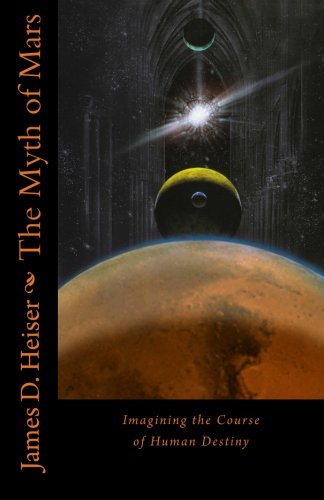 The Myth of Mars—Imagining the Course of Human Destiny is a collection of essays by the Rt. Rev. James D. Heiser. It is his third collection essays on the theological and philosophical implications of the exploration and colonization of Mars. Heiser is a founding member of the Mars Society, and currently serves on the Board of Directors and Steering Committee of that organization. “To speak of destiny is fraught with danger, for we want to impose our desires, and cause it destiny. … Mars—and space exploration in general—is not the true goal. Perhaps it is a place for us to learn—and we have already begun that process.” InThe Myth of Mars—Imagining the Course of Human Destiny, Bishop James Heiser explores the role which myth plays in determining the way in which people envision the exploration and colonization of Mars in the course of human destiny. “Mars—in the sense which really matters the most in terms of myth—exists only in terms of a potentiality. The actions which human beings are presently taking toward Mars becoming a living world offer a mythical participation in one of several possible futures.”