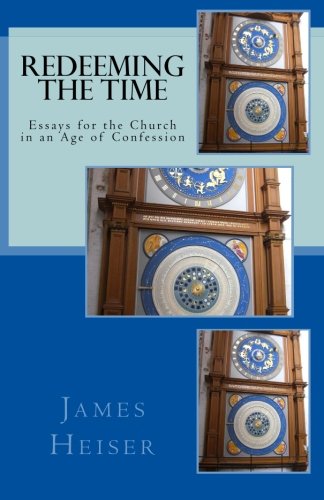 Redeeming the Time—Essays for the Church in an Age of Confession is a collection of ten essays written by the bishop of the Evangelical Lutheran Diocese of North America (ELDoNA). In these essays, Bishop Heiser addresses some of the most contentious issues confronting the Church in the modern age, including the ecumenical movement, contemporary worship, and contentions over the office of the holy ministry. Redeeming the Time by James Heiser is a collection of orthodox, confessional Lutheran essays that should be in the library of every serious Lutheran, whether clergyman or layman—and they would do non-Lutherans a world of good.  The scholarship is impeccable, the style is attractive, and the topics are directly relevant to the church of the 21st century in a secular age. Here is a sample of the treasures to be found within the covers of this single book:

“Readers may not agree with everything; for example, I doubt very much that the death penalty is rejected in contemporary human rights thinking and practice simply because its opponents are uncomfortable with the very ‘notion of punishment.’  But even when the author’s views are questionable, they never cease to be stimulating.  Buy this book!”