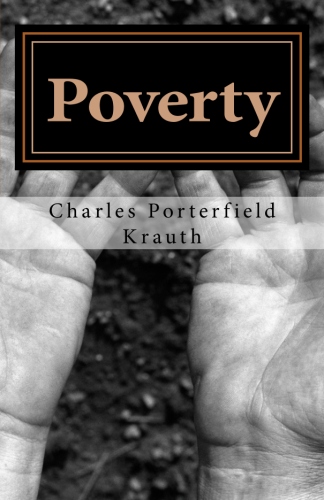 Poverty is a persistent social problem which exists because of mankind’s Fall into sin. In this work, Krauth addresses not only the perpetuity of poverty, but also its causes and Christian approaches to the relief of poverty. Although originally published in 1858, Krauth’s observations are as applicable today as when they were first written. Charles Porterfield Krauth (1823–1883) is best remembered today for his magnum opus, “The Conservative Reformation and its Theology.” Krauth was a crucial figure in the promotion of Confessional Lutheranism against the “American Lutheranism” of S.S. Schmucker (who compromised several central biblical teachings in an attempt to appeal to various sectarian forms of American Protestantism). After Krauth and other Conservative Lutherans withdrew of the Schmucker-dominated General Synod, Krauth became the chief theologian of the new General Council of the Evangelical Lutheran Church in North America.