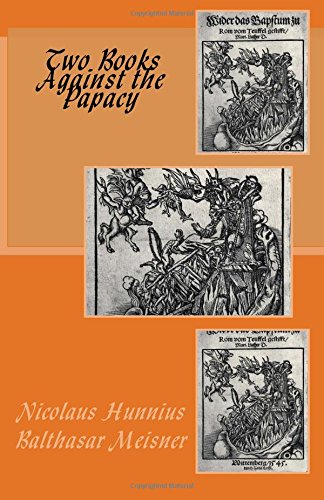 In A Comparison of the Roman and Evangelical Churches also known as A Brief and Careful Description (1629) by Nicolaus Hunnius and A Catholic Answer to the Heretical Question of the Jesuits: Where Was the True Religion and Church before the Time of Luther? (1627) by Balthasar Meisner, one encounters two examples of a defense of the existence of the Evangelical Lutheran Church against the ongoing polemical assaults of the Papacy, which are written in such a way as to be accessible to a primarily lay audience.

Writing in the midst of the time of the Thirty Years’ War, both Meisner and Hunnius defended the biblical understanding of the nature of Christ’s Church. Modern Ecumenists might blanch at such honesty, but the ongoing existence of the Church of the Augsburg Confession is testimony to the importance of such confessional integrity.