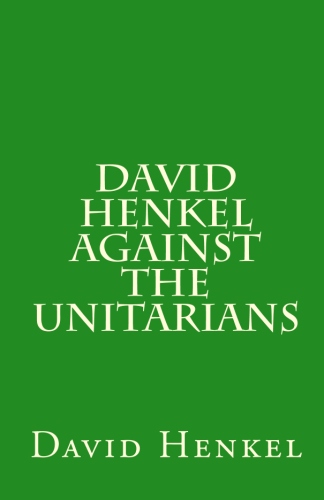 David Henkel, one of the founders of the Tennessee Synod was one of the most important theologians of nineteenth-century confessional Lutheranism in North America. The Tennessee Synod had the distinction of being the first Lutheran church body to publish the entire Book of Concord in English, and its pastors were zealous missionaries, contending against false doctrine and proclaiming the truth of the Gospel. This book is Henkel’s contribution to contending against the errors of Unitarianism, and is still a valuable resource for responding to those who deny the scriptural teaching of the doctrine of the Trinity.