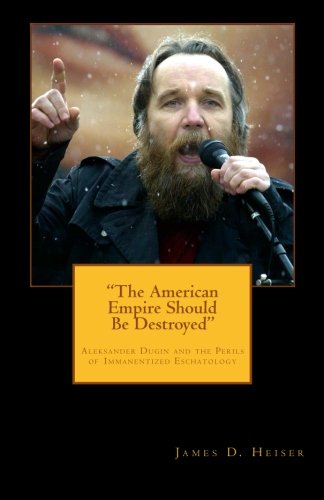 Over two decades have passed since the “Cold War” between the Soviet Union and the West ended. Many citizens of the former Soviet republics and Warsaw Pact nations have embraced the opportunities which come with expanded civil liberties and economic growth, but extremists exploit nostalgia for the days of empire. In the words of Vladimir Putin, “the collapse of the Soviet Union was a major geopolitical disaster of the century.” A new ideology—Eurasianism—is being advanced by those who dream of a new empire and revenge on the Western powers which brought about the collapse of the Soviet empire. Aleksandr Dugin, the father of Eurasianism, was recently described by Foreign Affairs as “Putin’s Brain.” For Dugin, the battle between Russia and the West is an epic struggle to fulfill ancient myths: a battle between the mystical forces of the mythical land of ‘Arctogaia’ and a decadent, materialistic America. “The American Empire should be destroyed,” Dugin declares, “And at one point, it will be.” America needs to understand the nature of the Eurasianist ideology, and the fanaticism which wages war against the people of Ukraine today, and against the West tomorrow.

“All too often, history is driven by the mad passions and ambitions of tyrants—and by warped visions of “progress” crafted in the shadows behind their thrones. James Heiser’s brilliant new book drags one of today’s most dangerous “gray eminences” into the light. His careful, intricate analysis reveals Aleksandr Dugin, whose twisted ideology shapes Vladimir Putin’s brutal and aggressive effort to build a Eurasian empire centered on Russia. This is a must-read for anyone who wants to understand the perilous and irrational motivations of those who now rule in Moscow.” —Patrick Larkin, co-author of Red Phoenix, The Enemy Within, and other best-selling thrillers, and author of The Tribune

“A penetrating analysis of the dangerous totalitarian dogma of the man who has become Putin’s Rasputin. If you want to understand the new threat to Western civilization, you need to read this book.” —Dr. Robert Zubrin, President, Mars Society, President, Pioneer Astronautics and Pioneer Energy, author, Merchants of Despair—Radical Environmentalists, Criminal Pseudo-Scientists, and the Fatal Cult of Antihumanism