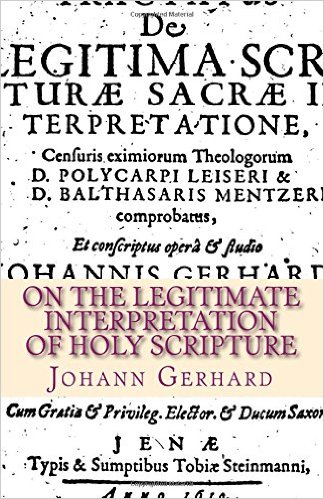 Johann Gerhard (1582–1637) is widely acknowledged as the most scholarly and insightful theologian of the Lutheran Church in the seventeenth century. Not only Gerhard’s writings in the realm of dogmatic theology, but also his devotional works, have had a powerful influence on the Church for four centuries.

Gerhard wrote his Tractatus de legitima Scripturæ Sacræ Interpretatione (1610) to serve as a corrective for flawed Roman Catholic and Reformed methodologies which he was concerned were imperiling the faith of Christians by detracting from the authority of Sacred Scripture. Gerhard’s book is a carefully reasoned response to such methodologies and as a valuable resource for all students of theology.