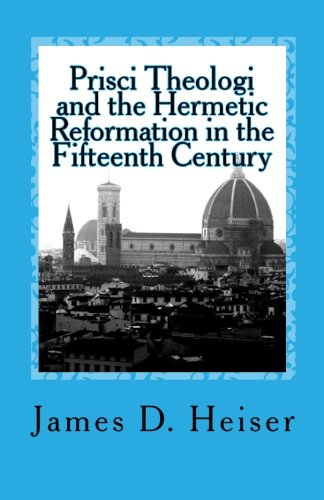 Before Martin Luther called upon the Church to return “ad fontes” to Holy Scripture, Marsilio Ficino (1433-1499) and Giovanni Pico della Mirandola (1463–1494) endeavored to call the Church to a far different ‘font’—the writings of the “prisci theologi“ (ancient theologians) of pagan antiquity. Zoroaster and Hermes Trismegistus were interpreted as inspired teachers whom men such as Ficino and Pico believed could provide guidance for the Church in their time. Their students included future popes (most notably Pope Leo X) and leaders of the Renaissance, such as Johannes Reuchlin (1455-1522). Their influence lingers to this day in the “Traditionalist” movement and in the “postmodern” belief that all religions ultimately lead to the truth. James D. Heiser is Bishop of the Evangelical Lutheran Diocese of North America (ELDoNA) and Pastor of Salem Lutheran Church in Malone, Texas. He also serves as Dean of Missions of the Augustana Ministerium. He earned his M.Div. and S.T.M. at Concordia Theological Seminary in Fort Wayne, Indiana.