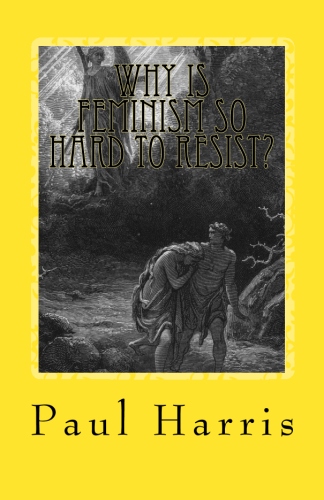 When the historic first American women’s rights meeting took place on July 19 and 20, 1848, few of those gathered in Seneca Falls, New York could have imagined the sweeping changes the feminist movement would bring to church, state and family. And yet, 150 years later, feminism tears at the very foundations of Christian civilization. In Why is Feminism so Hard to Resist?, Pastor Paul R. Harris offers readers an opportunity to examine the history and teachings of one of the most influential movements of our time. From its emergence at the fringes of the Abolitionist movement, through the explosive cultural changes of the 1960s and up to the present, Harris tracks the development of a movement which plays on the American values of liberty, equality, and justice while undermining God’s order of creation. Even more importantly, however, this book is a call for men and women to reexamine their own beliefs, repent and return to a Christian understanding of the male-female ‘polarity.’