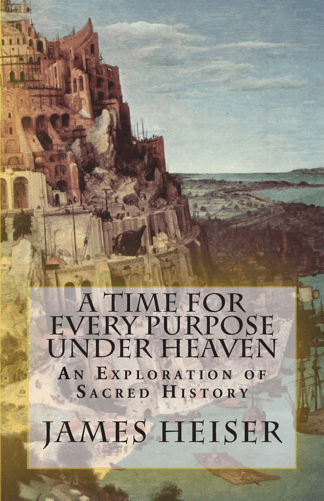 What is history? For many post-modern men—maltreated and miseducated by substandard pseudo-educators in the holding pens which society calls “public schools”—history is just a string of disassociated events which reduces to a catalog of ‘one blasted thing after another.’ Taught to avoid any awareness of a transcendent significance associated with any event and to simply become immersed in fleeting concerns, the cultivated ignorance of history has partially blinded its victims to the reality which surrounds them from before the moment of birth. In an age when the value of life is measured only by the perception of personal material affluence, the most fundamental needs of human beings have been woefully neglected. Ours is a dark age, in the proper sense of the concept. It is an age in which those who claim to know are often the most ignorant—ignorant of the sacred history which undergirds the history of the race—and thus men are ignorant of who they are, when they are, and where they are. An awareness of the darkness of the present age offers the possibility of repentance, and a return to a civilization worthy of the term.