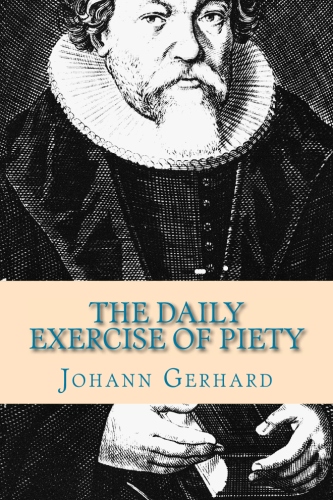 Johann Gerhard (1582–1637) holds a place of honor among the great theologians of the Age of Lutheran Orthodoxy. Remembered not only for his ‘academic’ works such as the Loci Theologi, but also for his ‘devotional’ works such as Sacred Meditations, The Daily Exercise of Piety, and the Schola Pietatis, Gerhard’s influence on the teaching and piety of the Lutheran Church is felt to this day. The Daily Exercise of Piety consists of 46 devotionals written in the form of ‘prayed catechesis.’ These devotions are divided under four major headings: (1) Meditations on Sins; (2) Contemplation on Divine Gifts Bestowed; (3) Mediation on our Need; and (4) Meditation on the Need of the Neighbor. First published by Repristination Press in 1994, this English translation of The Daily Exercise of Piety marked the beginning of a new wave of interest in the theologians of the Age of Lutheran Orthodoxy.